2nd of May marked the beginning of the creative process.
Participants got divided into bands according to the needs, competences and balanced musical composition. Therefore three bands were created. Also, considering the intercultural learning and sharing all three bands are mixed.

Not to bother you with too many details cause you all know that every beginning is hard, but you should be aware that there is gonna be a chance of having a bit of technical difficulties with equipment and settlement of rehearsal rooms no matter how much effort you put in preparation of it. Keeping that in mind and with a positive attitude everything was dealt with and bands started their creative process in the afternoon session. 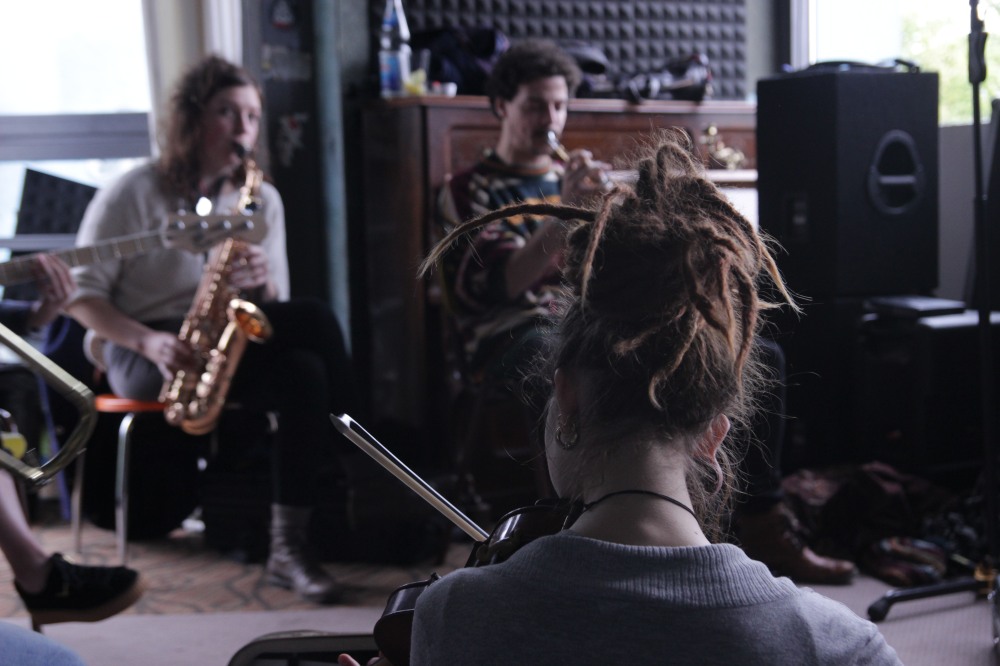 The energy was high and participants were completely hooked on experimenting with the possibilities that they started a landfill music jam after dinner. And it kept going and going until early in the morning. (Gotta love these talented bastards!)

Someone would think that the next day no one would be on time and in the mood for anything creative. Well… they would be right, (for being late part), but that did not change the fact that they rocked it completely! Rehearsals went pretty smoothly and in within the few hours first songs were already created.

It would be completely wrong to say that the day ended with the intercultural evening because it only just got started. Sharing traditions, culture, food and mixing it completely with each other they created a perfect atmosphere for another jam session.

And it went on and on, but because of possible minors out there reading this, we will not say when it actually finished.

Needles to say, everyone were late the day after but believe us when we say – missing the possibility to check them out alive on IGA Berlin 2017 stage on Saturday evening together with Maurizio Presidente and Kumpania Algazarra would be a huge mistake. See more: https://iga-berlin-2017.de/veranstaltungen/shake-your-brass
But if you really can not make it – no worries, it is gonna happen again on Sunday in Artistania Shake your Brass – Festival der internationalen Blasmusik
Keeping in mind that it is soon approaching and that we are on serious countdown for it, stay close to found out how the countdown went.